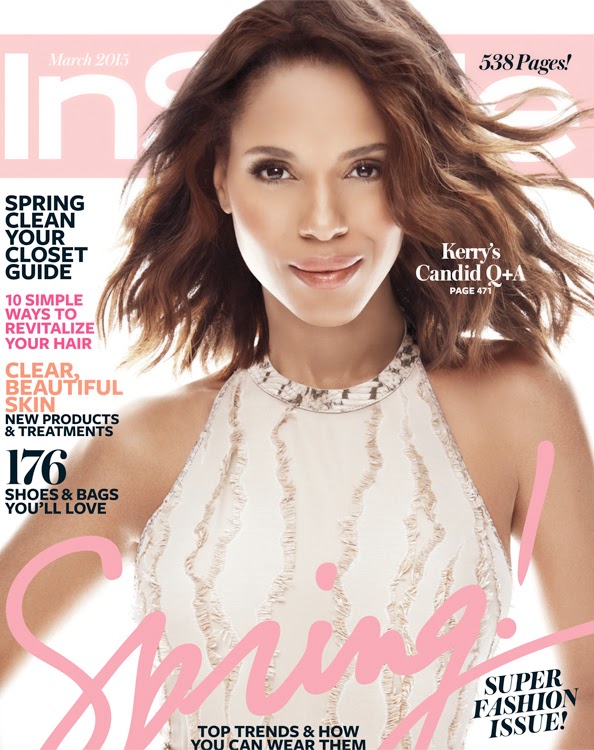 Kerry Washington's March 2015 cover of InStyle Magazine has caused some social media controversy. Fans have spoken out and accused the magazine of lightening Washington's skin. The magazine has since issued a statement saying "While we did not digitally lighten Kerry's skin tone, our cover lighting has likely contributed to this concern." What are your thoughts on this cover? This isn't the first time that a magazine has been accused of altering Washington's image. Click here to see her cover with Lucky Magazine.